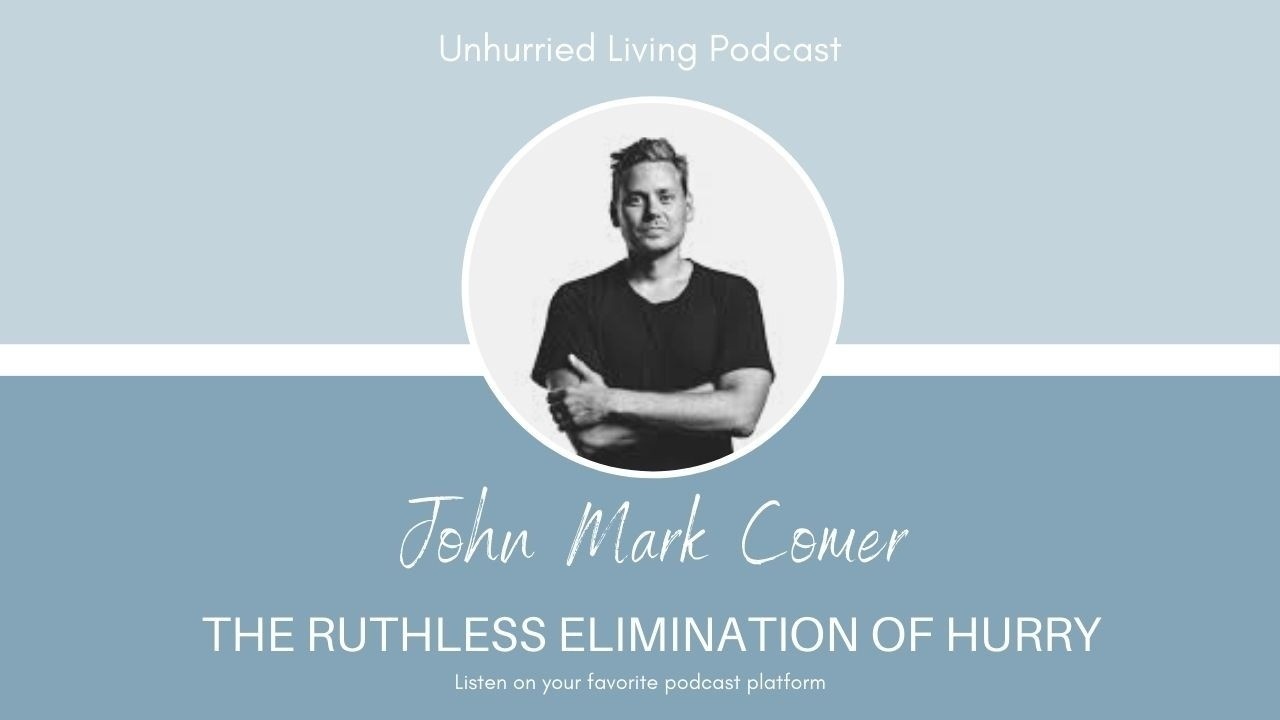 Two years ago, I made a new friend. We had lunch together here in Orange County, myself, him and his wife. I heard some of his story about his ministry as a pastor in Portland, Oregon, but then I found out something really encouraging. He was working on a book on the theme of hurry. That friend is John Mark Comer and the book, which came out last October, is titled The Ruthless Elimination of Hurry.

There have been a few books written on the subject of hurry, both before and after An Unhurried Life, but I have to say that my favorite is now John Mark Comer’s The Ruthless Elimination of Hurry. I read it rather quickly once it arrived. I think it was two or three sittings. It was such a pleasure to have a conversation with John Mark about the story behind his book, and to interact about some of his key insights about following Jesus’ unhurried way of life and work.